Share a memory
Obituary & Services
Tribute Wall
Read more about the life story of David and share your memory.

David Leroy Lebert, Sr. (a.k.a. "Preacher Man"), 75, of Lock Haven passed away Thursday, November 17, 2022 at UPMC Susquehanna, Williamsport.
Born May 29, 1947 in Williamsport, he was a son of the late Francis and Mabel Barr Lebert.
On October 6, 1967, David married his love, the former Bertha M. George, with whom he shared 48 years of marriage before her passing in 2015.
David was employed by Capital Homes and then Avis Homes where he was known as "Frenchie Pierre" because of his ability to do a three-person task alone.
He loved playing instruments and reading the Bible. While a resident in assisted living, he enjoyed feeding the squirrels and birds.
David was always willing to help when he saw someone else in need, often welcoming others into his home.
Surviving are his children: Diane M. Benner (Jim) of New Jersey, Christine A. Shaffer (Reuben) of Loganton and David L. Lebert, Jr. (Melinda) of Mill Hall; nine grandchildren: Michael Lebert, Roberta Pisarczyk, Kara Nichole, Clarence Shaffer, IV, Stephen Shaffer, Carolyn Packer, Tiffany Lebert, Brittany Lebert and David Lebert, III; a niece, Paula Miller; a nephew, Joseph Lebert, Jr.; and 23 great grandchildren.
In addition to his parents and wife, Bertha Lebert, he was preceded in death by his siblings: Francis Lebert, Jr., Fredrick Lebert, Joseph L. Lebert, Sr. and Shirley Stachowski as well as a nephew, Paul Stachowski.
A funeral will be held on Tuesday, November 22, 2022 at 6 PM at Donald G. Walker Funeral Home, Inc., 231 High St., Flemington, PA 17745.
Friends and family will be received at the funeral home on Tuesday from 5 PM until the time of the service.
Memorial contributions in David's name may be made to the funeral home to assist with final expenses.


To send flowers to the family or plant a tree in memory of David Leroy Lebert, please visit our floral store. 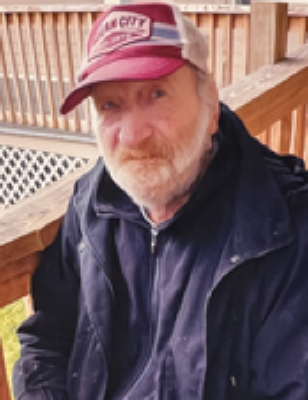