Share a memory
Obituary & Services
Tribute Wall
Read more about the life story of Richard and share your memory.

Richard Wesley Merrifield, Jr., 73, of Lock Haven passed away Wednesday, November 9, 2022 surrounded by family at his home.
Born September 21, 1949 in Lock Haven, he was a son of the late Richard W. Merrifield, Sr. and Doris Newberry Merrifield who survives in McElhattan.
Richard was a 1968 graduate of Lock Haven High School and attended the former Williamsport Area Community College.
On July 19, 1969, he married the former Aleada Koch, the love of his life. Together, they shared 53 years of marriage.
Richard worked at Hammermill Paper Co. and Milton Transportation. He was then self-employed in the transportation industry, which quickly became the job he loved the most. Being his own boss and the open road truly brought him peace.
He attended Crossroad Community Church.
Richard was an avid racing and wrestling fan.
He loved camping and taking in a good campfire surrounded by his family who love him very much. He also enjoyed playing cards but only if he was winning.
Most cherished though, was the time he spent with his family, especially his grandkids.
In addition to his wife, Aleada Merrifield, and mother, he is survived by his sons, Richard W. Merrifield, III (Michael Fried) of Orlando, FL and Brian Merrifield of Meeker, CO; a sister, Myra Spangler of Lock Haven; three grandchildren: Alaina (Tim) Rayer of Philadelphia, Trapper Merrifield of Salt Lake City, UT and Aspen Merrifield, a student at Florida State University; as well as his sisters-in-law- better known as his "other wives," brothers-in-law, nieces, nephews and cousins.
Along with his father, he was preceded in death by his brother, Danny Merrifield; his mother-in-law, Anna Koch; and Mattie, the best dog ever.
A private Graveside Service will be held at Rest Haven Memorial Park at a later date.
In lieu of flowers, memorial contributions may be made to UPMC Home Health & Hospice, c/o Donald G. Walker Funeral Home, Inc., 231 High St., Flemington, PA 17745. Please make checks payable to Susquehanna Health Foundation.


To send flowers to the family or plant a tree in memory of Richard W Merrifield, please visit our floral store. 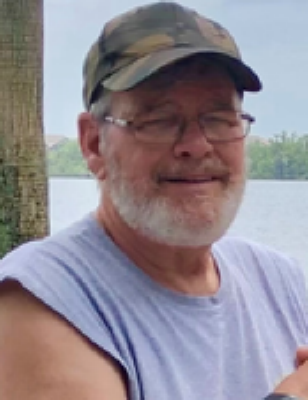